ONE OF THE FIRST SPACE TOURISTS ON BOARD OF VIRGIN GALACTIC

On route to conquer the space. Soon, Per Wimmer, on board of the first Virgin Galactic Flight, will be setting off on a once-in-a-lifetime journey and with him a very special timepiece – a watch made to be relied on, when every second counts. He is a global financier, an entrepreneur, an adventurer, a pioneer, a philanthropist and he is an inspiration for many.

Other adventures so far

Per is a modern interpretation of Indiana Jones meeting James Bond. He has been privileged to be able to live out his ideas and to enjoy adventures all over the world. He really is an inspiration for all of us to live our dreams.

Within Wimmer Space, adventure travelling has taken Per Wimmer to live with the Indians of the Amazon Forest, skiing at the highest skiing facility in the world at 5,500 metres in Bolivia, snow scootering 200 km North of the Polar Circle in Lapland near Kiruna Sweden, free diving off the West Coast of Australia, flying water jet packs and helicopters.

On Oct 6, 2008, Per Wimmer wrote world history, together with Ralph Mitchell, by successful completing the first tandem sky dive over the highest point on Earth, Mount Everest. After six days of trekking, Per & Ralph flew in a Pilatus Porter airplane to an altitude of 29.500 feet (ca 9 Km), just above the peak of Mount Everest and jumped out in minus 50 degrees C and free fell for sixty seconds before opening the parachute and landed at the Drop Zone at 12.350 feet (ca. 4 Km). This adventure, “The World’s First Everest Tandem Sky Dive,” clearly pushed the boundaries. Being a pioneer, somebody who writes the manual (and not just follow a manual) is, indeed, part of what drives him.

As soon as possible Per will attempt a 3.8 km (12,500 ft) deep submarine dive into the Northern Atlantic Ocean to explore the infamous Titanic shipwreck. Per will be wearing the Wimmer Fortis Space Watch on this expedition reaching a whopping 400 atmospheres of pressure outside the sub. This will be Per’s second attempt to the world’s most famous shipwreck, after the Russian government put a halt to the 2011 mission just 7 weeks before the planned dive. This time everything is set and ready to go as Per will embark the MV Havila Harmony, Dive Support Ship, from Newfoundland for a 9-day adventurous mission. Titan, Ocean Gate’s submersible, will take the divers on a 3-hour journey down 3.8 km (12,500 ft) deep all with the Fortis watch designed to withstand the most extreme of conditions. Three dives will take place during the duration of the mission, each dive lasting approximately 9 hours; a three hour long descend, three hours of exploration of the area around the shipwreck and a three hour ascend back up. The sub is highly sophisticated with its titanium and filament wound carbon fibre, designed to withstand pressures of up to 400 atmospheres, making it the world’s only 5-person manned submersible capable of reaching 4,000 meters. Currently less people have visited the Titanic shipwreck than space, as less than 200 people have performed the dive in comparison to just under 600 people having visited space. Per will be the first Dane to visit the shipwreck making a dream come true on his second attempt to the Ocean’s depth. 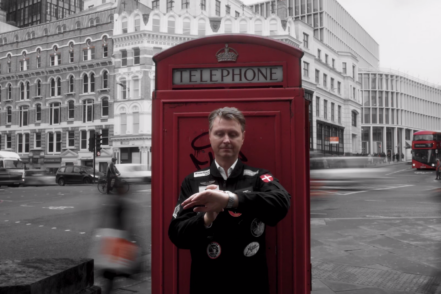 On route to conquer the space