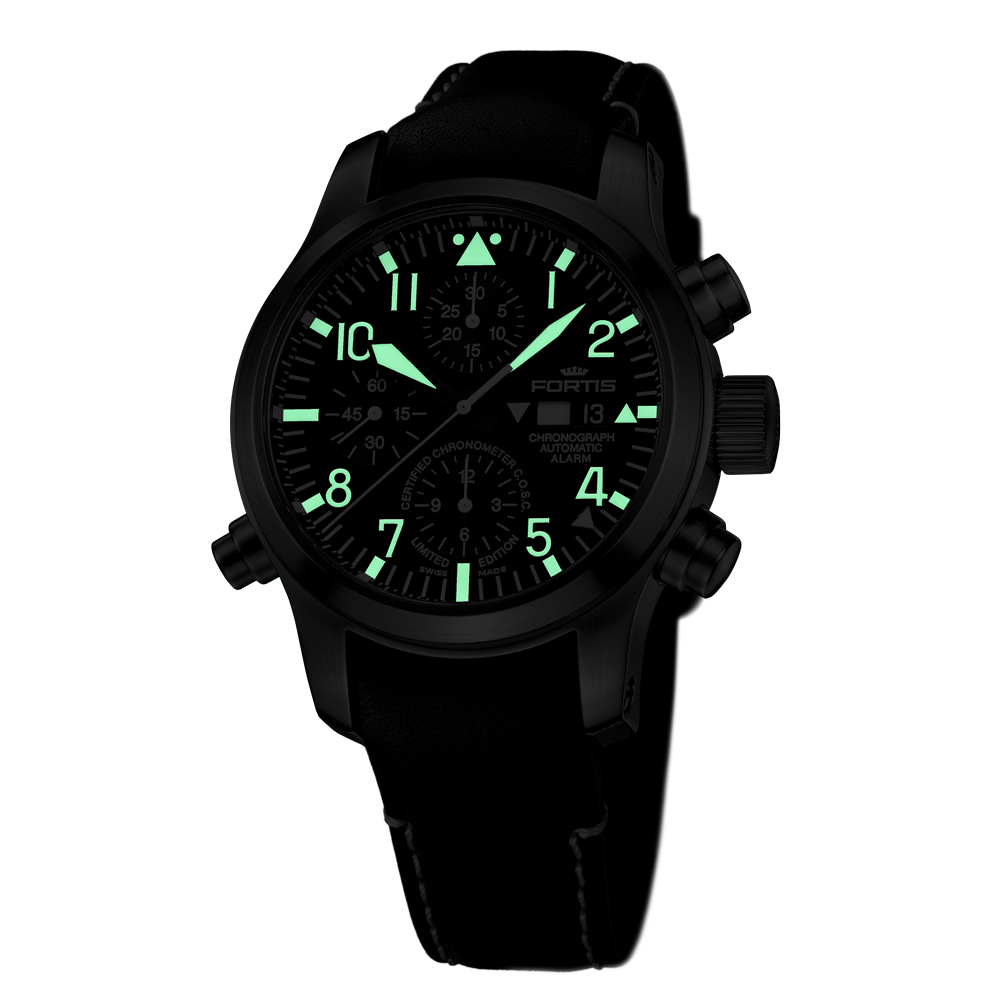 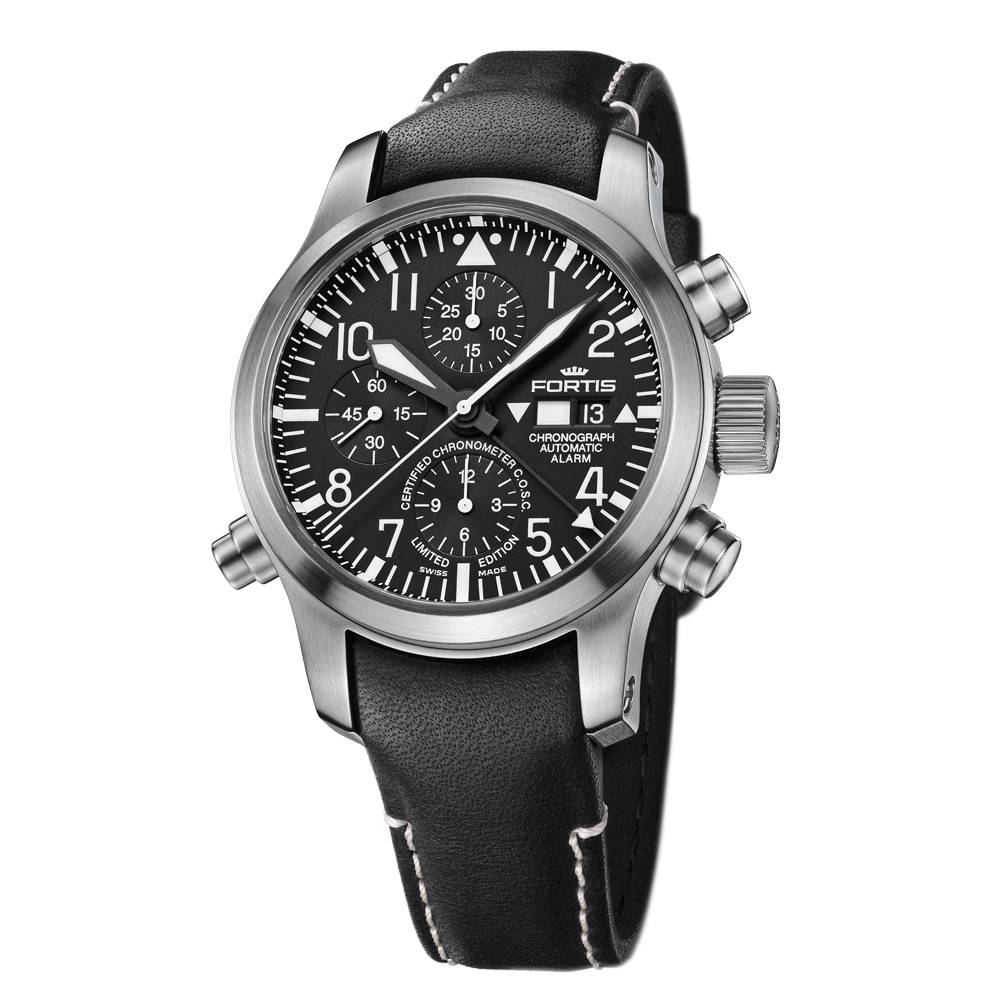 Unfortunately, we do not have global coverage for online shopping (yet!). Since you are on the international website, please double check if your country is in the country list, and it is marked with a shopping bag icon. If it is, switch to it, and you will be able to purchase products here.

Alternatively, you can try finding a store nearby.

Find a store nearby

If there's no nearby store, feel free to reach out to us directly at info@fortis-swiss.com, and we will do our best to enable you to own a Fortis piece in the most convenient way possible.

Made for lovers, collectors, afficionados. But actually for real watch enthusiasts.

Paul Gerber – once constructed the most complicated wristwatch in the world. For this he receives an entry in the Guinness Book of Records. In cooperation with us, he developed the F-2001 Manufacture Calibre in 1997. The world’s first chronograph with mechanical alarm. 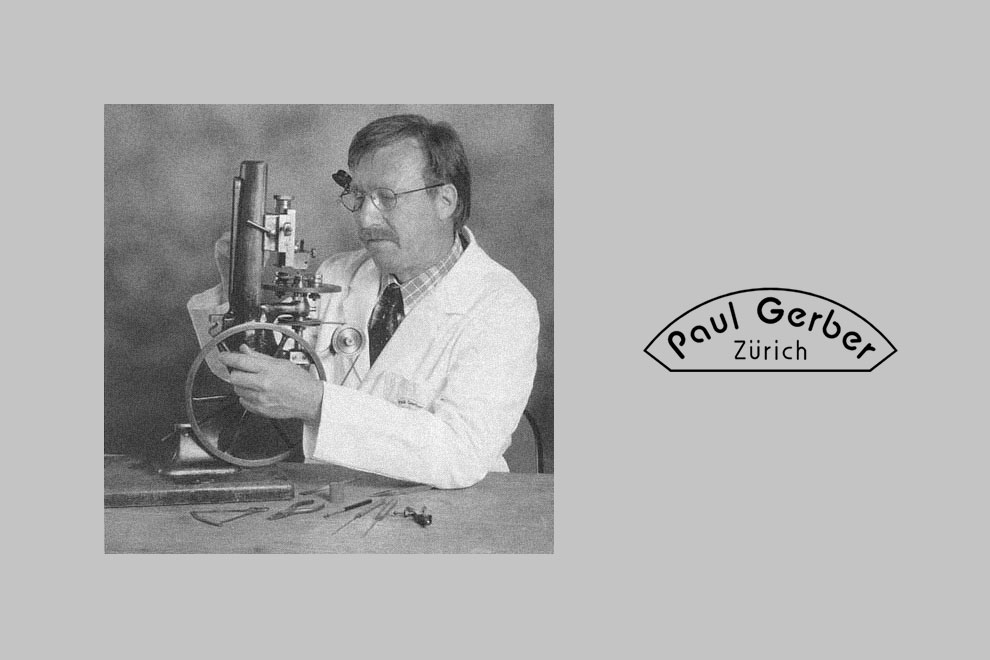 A built-in alarm is a rare complication in a mechanical wristwatch. Even rarer, is an automatic chronograph with a built-in alarm. So rare, in fact, that FORTIS’s patented F-2001 movement, which went into serial production in 1996, was the first caliber so equipped.

It was created in collaboration with the Zurich master watchmaker Paul Gerber, who gave the basic caliber a single mainspring barrel and a striking mechanism with beaten mainspring and extra-large hammer.

The alarm watch can be switched off or interrupted at will by means of a smooth-running pusher at eight o’clock. The alarm emits a 27 second long rattling sound after full winding.

This model is limited to just 300 pieces and only available here. 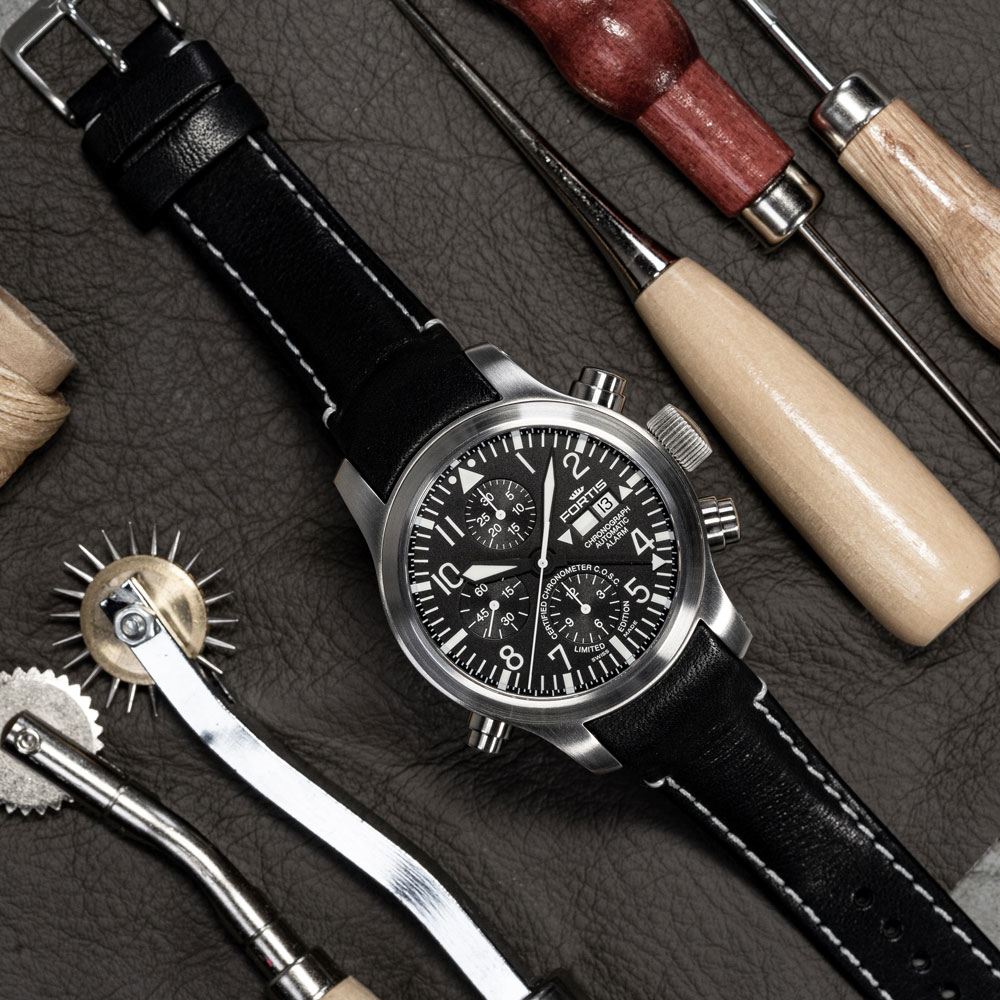 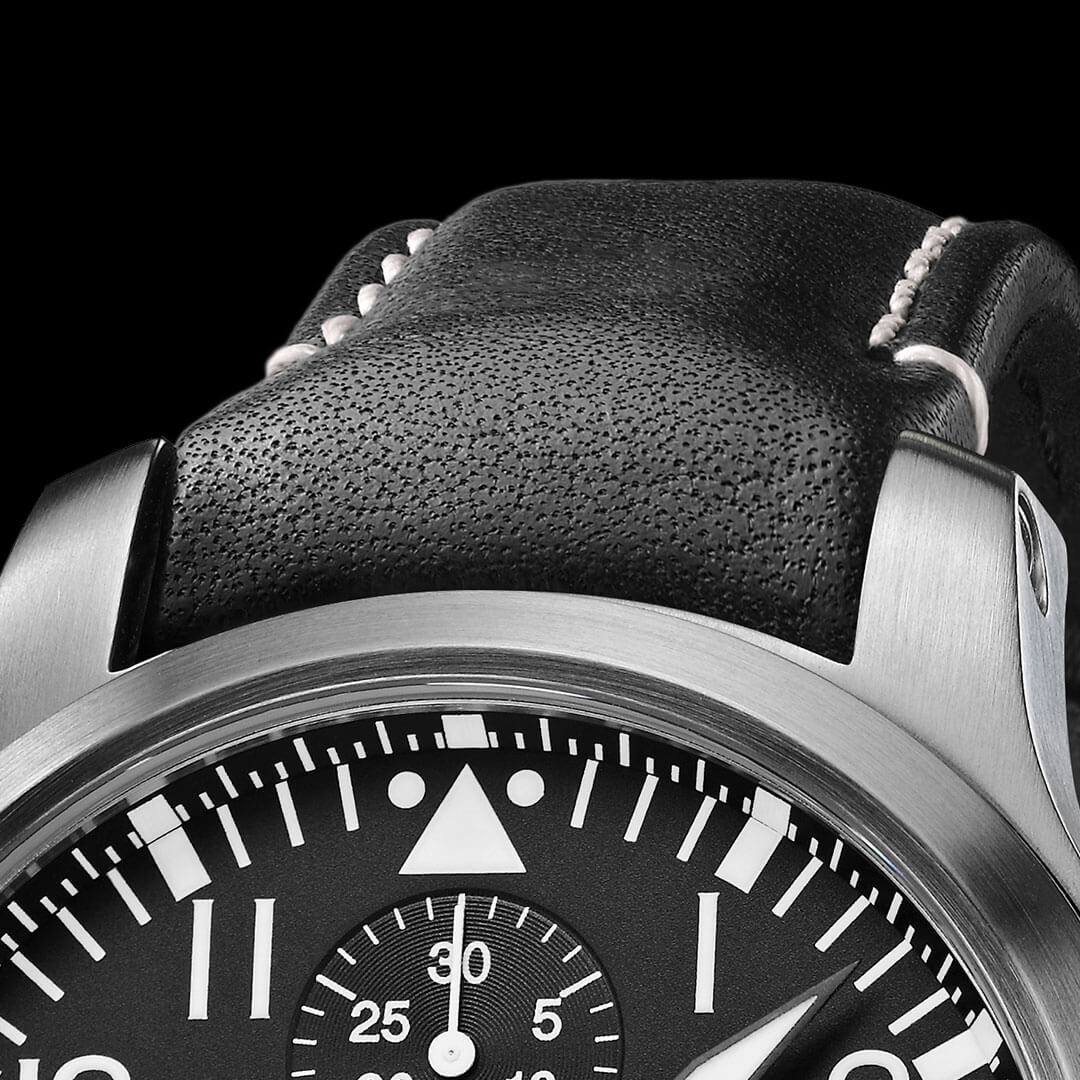 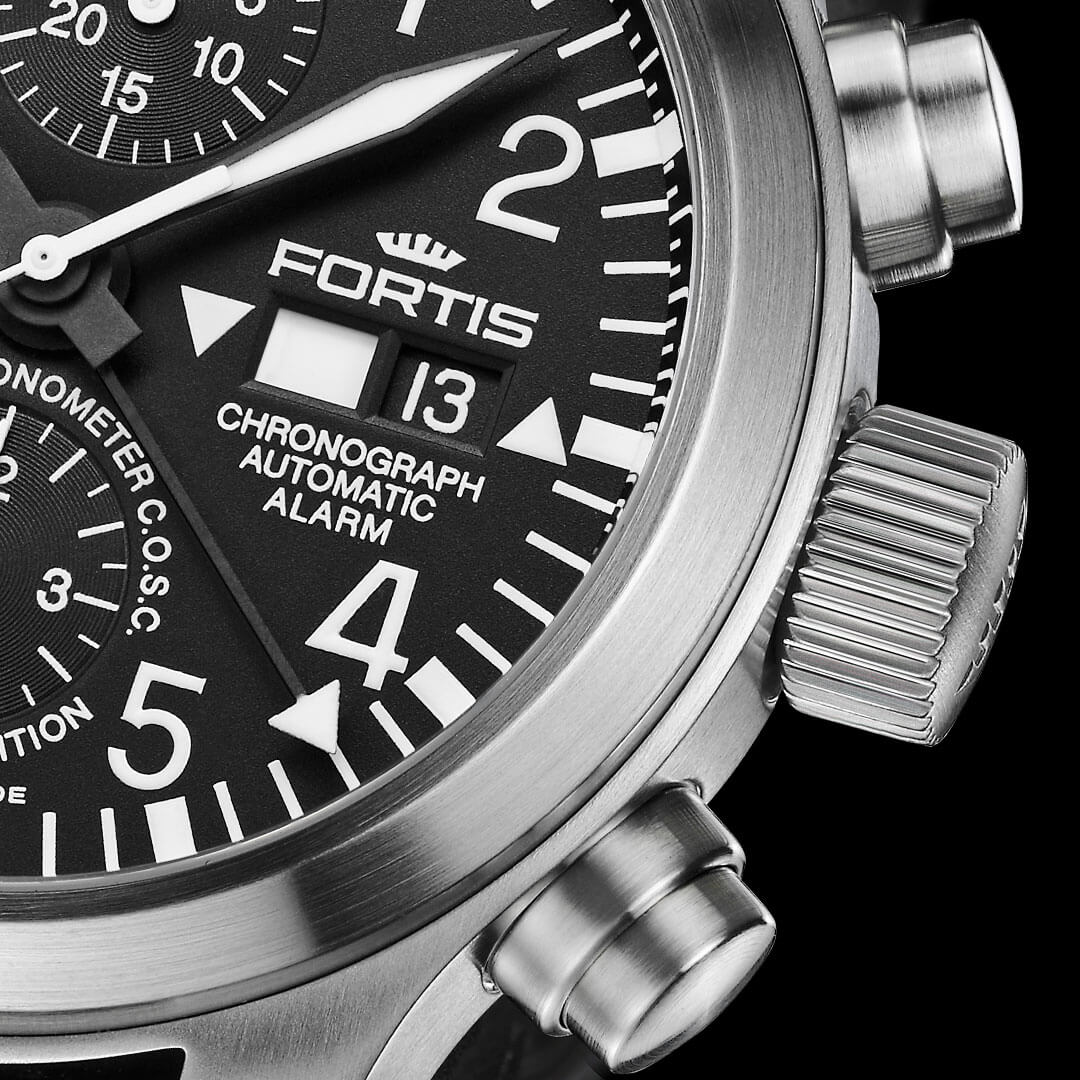 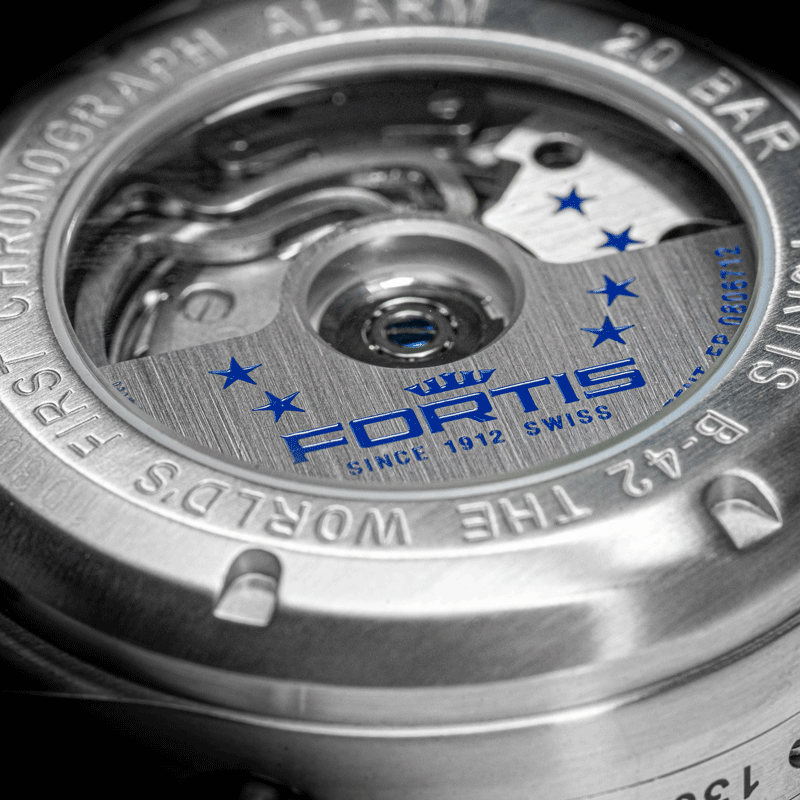 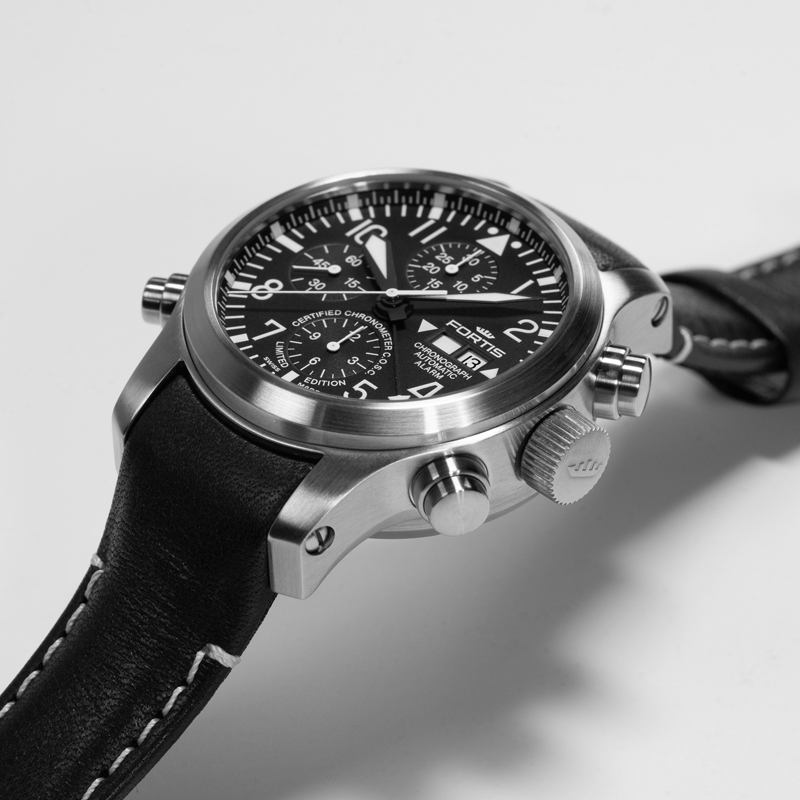 We pay special attention to our components and choose only the highest quality ingredients.

Show me the specs