Orders placed before December 19th will be shipped before Christmas. Orders after that will be processed from 09th January.

When every second counts, he relies on a powerful tool.

Meet David Geisser – the chef worthy of the Pope.

When he was eighteen, for his school-leaving assignment, David Geisser wrote a cookbook under the title «Around the World in 80 Plates» and became an overnight celebrity with the national press. He then published several articles and was invited on national and international TV talk shows. 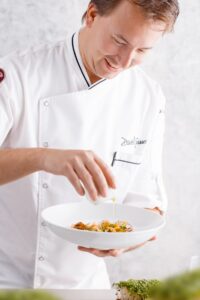 After his apprenticeship at «Casale» a Gault-Millau restaurant in Wetzikon run by star chef Antonio Colaianni he spent 2013 – 2015 ​in the popal service of the Swiss Guards in Rome. In that time he wrote, aside from his service, his third cookbook «Buon Appetito» which gained international success. Followed by his own Youtube Channel and the release of his fourth cookbook «Apéro Riche» within the last two years.

The Tagesanzeiger has compared him with England’s star chef Jamie Oliver.

We admire David’s professional skills, his commitment, charisma and his dedication to his craft. It is a great joy to be collaborating with David and his team. 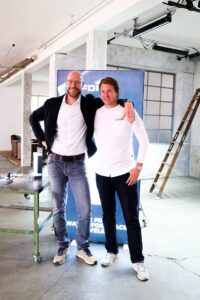 Check out his website and make sure you are subscribed to our newsletter to stay up to date with upcoming projects in our collaboration.